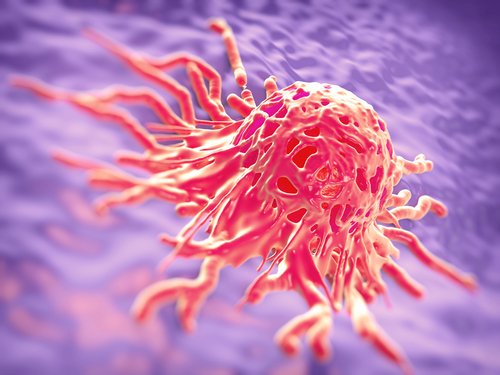 Researchers have found that a small RNA molecule called mir-629 reduces the expression of a tumor suppressor in cervical cancer cells.

The study, “Suppression of microRNA-629 enhances sensitivity of cervical cancer cells to 1′S-1′-acetoxychavicol acetate via regulating RSU1,” was recently published in OncoTargets and Therapy.

It’s been well established that microRNAs — small RNA molecules that do not encode any proteins — are potent regulators of tumor initiation and progression. They can be important pro-tumor agents by inhibiting tumor suppressors or promoting the expression of oncogenes.

Previous studies had shown that the microRNA miR-629 is increased in several cancers, including bladder, breast, and uterine cancer. But its role in cancer development or progression was unclear to researchers.

Researchers at the University of Malaya in Malaysia have now found that cervical cancer cells treated with ACA, a natural product from wild ginger known for its anti-cancer properties, had decreased levels of miR-629.

Bioinformatics analysis allowed the researchers to identify RSU1, a tumor suppressor protein, as a possible target of miR-629 in cervical cancer cells. Indeed, inhibition of the microRNA led to increased expression of RSU1, and high levels of RSU1 led to cell death.

The results confirmed that mir-629 had pro-cancer effects by inhibiting the tumor suppressor RSU1.

The results suggest that this tumor suppressor protein can regulate the sensitivity of cervical cancer cells to ACA-induced death.

“Our findings showed that combination of ACA with miR-629 and RSU1 may provide a potential strategy in treating cervical cancer,” the researchers wrote.

Still, the team notes that it is important to address other potential targets of this microRNA and their roles in the initiation and progression of cervical cancer and cancer cell sensitivity to anti-cancer drugs.